skip to main | skip to sidebar

On November 18th, the 2010 All Campus Undergraduate Student Art Exhibition opened in the Lillian Davis Hogan Gallery in the Toner Center on St. Mary's Winona Campus. The opening was well attended and featured over 70 works of art from students in 16 different majors. 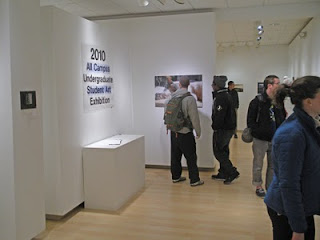 Work being exhibited is in a wide variety of media, including graphic design, charcoal, photography, painting, sculpture, watercolor, and print making. 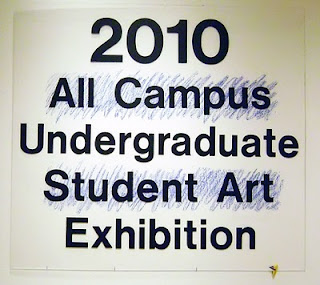 There is an excellent range and depth of work being shown, but after careful deliberation, the juror was able to choose seven pieces to recognize. Places one through three received prizes, and all received recognition during the opening and the juror's comments to the opening's crowd. 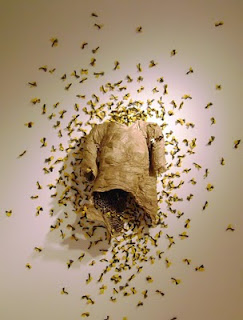 First place is Ashley Blum's (Studio Art and Graphic Design major) Honey is the Milk of Life, made of paper towel, wheat paste, and cloth. 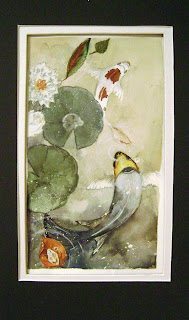 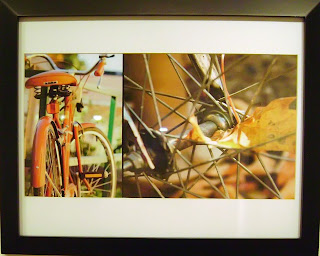 Coming in third is this photograph by Rachel Sievers (Graphic Design and Spanish major), titled
Autumn 360. 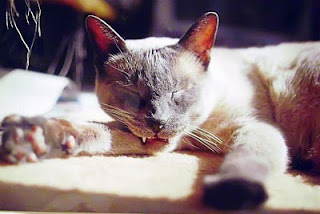 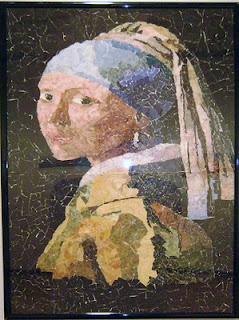 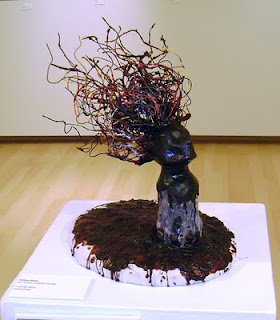 Ashley Blum (Studio Art and Graphic Design major), I and My Ideas, Assemblage. 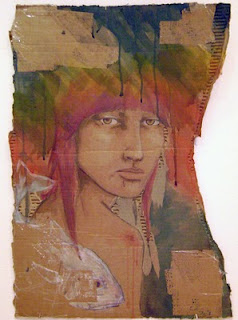 Tessa Scanlon, (Chemistry and Art major), I Reckon It Must Be, Watercolor on Cardboard.

Thanks to all the students who submitted work to the show and to everyone who attended the opening and the ongoing show. The show will remain open until the end of the semester.
Posted by SMU Art and Design at 10:09 AM No comments:

This past weekend, November 5-7, a group of students from the SMU Art Club traveled to Chicago. 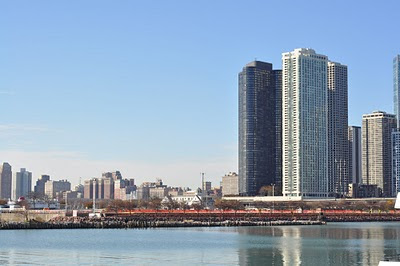 After braving city traffic and arriving Friday evening, students walked around downtown Chicago, seeing the famous Chicago skyline and the Sky Bridge in Millenium Park, often referred to as 'The Bean'. 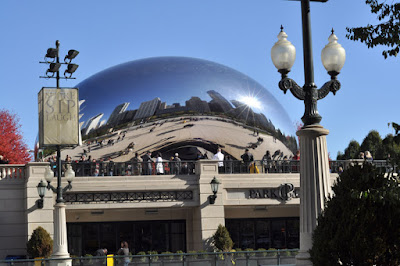 The Art Club stayed downtown just one block from Grant Park and Michigan Avenue, making walking to area attractions very easy. Saturday morning the group walked up to Navy Pier for the SOFA exhibition, or Sculptural Objects and Functional Art. The SOFA exhibition was a great opportunity to see the work of contemporary artists and galleries from around the country and world, all in one place at one time. It was a great chance for the art majors in the group to see how contemporary working artists market and sell their work. As an added bonus there was a ceramic auction and show of outsider, folk, and Intuit art at the same location. 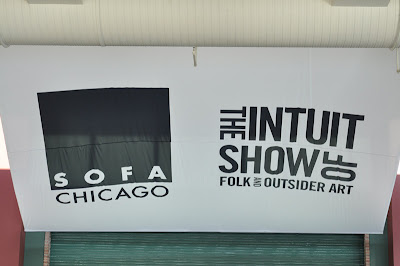 After SOFA, we walked to the Chicago Institute of Art. Students spent the afternoon in the museum, looking at whatever sections of the museum interested them the most. A few museum highlights were the painting American Gothic and a wide range of work, including pre-historical ceramics, mid-evil armor, the new modern wing, a miniatures exhibit, impressionist master works, and Chinese bronzes. 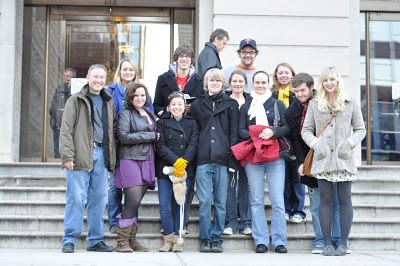 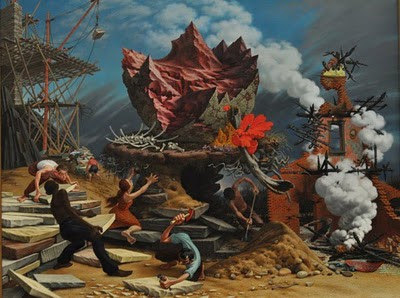 After a long day of walking and seeing a wide variety of art, we had Chicago deep dish pizza for dinner and saw the city lights walking back to the hotel. It was a great time and a first experience in Chicago for some students.
Posted by SMU Art and Design at 11:48 AM No comments: 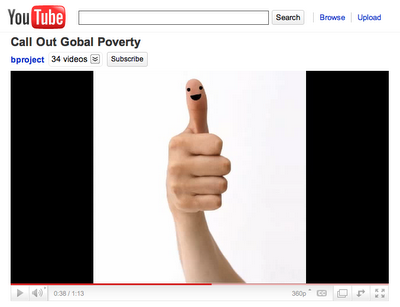 Senior Mike Berg recently produced a vid to promote the Borgen Project, a group he has interned with since last Summer.
You can see the video here.
Mike created and produced the project on his Mac using iMovie.
Posted by SMU Art and Design at 3:18 PM No comments: 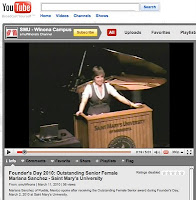 Click here to see Mariana accept her award.
Posted by SMU Art and Design at 12:45 PM No comments: 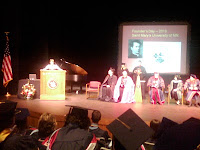 Congratulations go out to our very own Mariana Sanchez, senior Graphic Design major, who has been chosen to be Outstanding Female Senior for 2010 at this year's Founder's Day Convocation.
Mariana is a busy student, active both in and out of the department. She plans to attend Western Illinois University for graduate studies in Graphic Design after graduation.
And the mystery of who was inside Big Red, our SMU mascot has finally been revealed!
Mariana's parents flew in from Mexico for the event to add to the festivities.
Best wishes to Mariana!
(Bad cell phone pic -anyone have a better shot of Mariana accepting her award? Send it to us at artanddesignatsmu@gmail.com !)
Posted by SMU Art and Design at 1:26 PM No comments:

SMU Art and Design
Winona, Minnesota, United States
A vibrant, creative art and design department with dedicated faculty working to prepare students to live successful lives in the world of art and design.